LEGO Legacy: Heroes Unboxed welcomes the Ghostbusters into its world for a limited-time event

Bungie Confirms Destiny 2 Transmog Will Arrive In Season 14, Plus “Rewards That Matter” Changes

LEGO Legacy: Heroes Unboxed has received today its biggest content update since launch, introducing characters from the original 1984 Ghostbusters film as part of a story-driven event.

A mysterious portal has appeared in Piptown, allowing spooky figures and a new Green Ghost enemy to wander right in and get up to all sorts of mischief. With the town now covered in goo, and Slimer quickly eating everyone out of house and home, there’s only one crack team of ghost-hunting experts to call – the Ghostbusters! 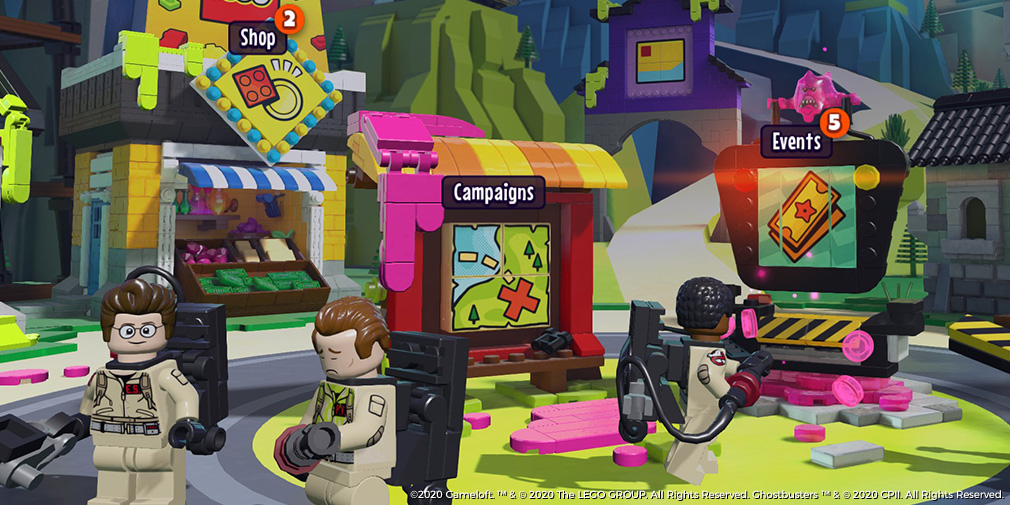 Peter Venkman, Ray Stantz, Egon Spengler, and Winston Zeddemore quickly arrive on the scene, and from there, it’s your job to help them save Piptown and stop Garmadon from resurrecting an ethereal army.

The Ghostbusters are a very balanced team of heroes who are especially adept at taking on spooky enemies. This makes them perfect for the task at hand. And, of course, you’ll also be able to collect the team’s legendary ride, the Ecto-1.

This event marks the first time that characters from outside of the LEGO universe have made an appearance in LEGO Legacy. With their fun sense of humour and adventure, the Ghostbusters are an ideal match for the charming world of LEGO.

For those not in the know, LEGO Legacy: Heroes Unboxed is a delightful turn-based RPG where you’ll collect over 50 characters from LEGO’s minifigure catalogue. It’s funny, packed with enjoyable missions, and available right now over on the App Store and Google Play.
Head to the Pocket Gamer LaunchPad hub to find all of our exclusive announcements from our three-day event.

Final Fantasy VII Remake is coming to to the PlayStation 5 with upgraded visuals, load …