1v1.LOL: Three things to know about the building gun game

Valve Gives Up On The Artifact Reboot 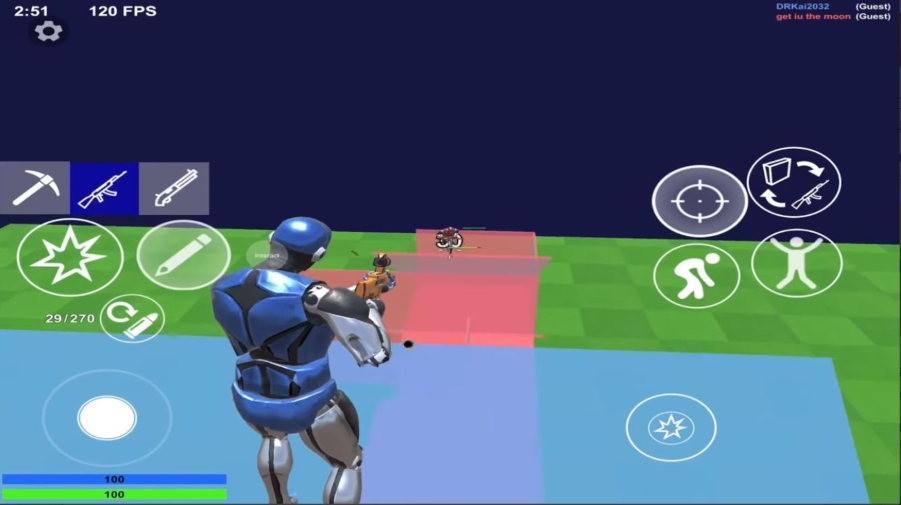 As we talked about, 1v1.LOL has some inspiration from PUBG and Fortnite, two games that helped popularize the Battle Royale genre. Due to the former opening, the doors for the genre, and the latter achieving historical success and popularity, many variations of the Battle Royales have been released.

But, with games like PUBG and Fortnite, you need to duke it out with 100 players and you never start off with weapons as you need to find them yourselves. Sure, there are weapons scattered all over, but it can still make things a bit difficult for new players.

1v1.LOL can be a bit more forgiving as the map is smaller and it’s only one versus one or two versus two. Also, you start off with weapons as well which is beneficial. On top of this, you’ll have all of your building materials in your inventory from the jump. Not saying the game doesn’t have some form of challenge, but the accessibility makes it a great entry-level BR game while still being fun for skilled players.

Another thing we sort of touched on a bit already but there is no 100-player Battle Royale mode in 1v1.LOL. Perhaps if the game continues to grow, you could see something like that but then it would likely ruin the purpose of the game’s title. Also, it makes the genre a bit more unique focusing on duels more so than massive brawls.

If you do want more players involved, then you do have the option of playing duo matches. This gives players a couple of options to roll with. Many BR games feature more not less, and so gamers might appreciate1v1.LOL simplicity while still staying true to the BR style.

They also have a BOX mode as well, so there’s an additional option there. And supposedly, there could be more game modes coming in the future, according to the developer, Lior Alterman. The game’s different approach is also what might make it intriguing for some.

One aspect of 1v1.LOL that gamers may find refreshing is the fact that there is no Battle Pass. These passes are popular among almost every Battle Royale game and offer you access to different rewards. You could normally earn the items by grinding in matches but you can also buy premium passes which help you level up faster.

So, with no Battle Pass of any kind, 1v1.LOL gives you access to all weapons and features right away. It’s free-to-play and there’s no “pay to win” aspect of the game. In a world where most games offer microtransactions, which many players despise, gaining access to everything in a BR game is probably a breath of fresh air for most.

And it’s quick to hop into the game and straight into the action. Choose your mode, get matched up, and fire away with an arsenal that is even with your opponent(s). If there’s one thing about the game that will be popular, if it continues to grow, it is the fact that there is no PTW (Pay To Win).